If you want to advertise something of interest to our community, please do it here.
Post Reply
633 posts

Love the miniature crew idea, one way to play that is to have Player One not be a scientist and the people that actually know how to restore things are trapped inside. Or, player one is a dog.

[necro typo fixo]
Last edited by zircher on Tue Aug 28, 2018 9:41 am, edited 1 time in total.
You can find my free games and utilities on http://tangent-zero.com and
https://www.drivethrurpg.com/browse.php?keywords=tangent-zero
Top

The challenge is to how to make it a game and not a piece of fiction.

Dr. N. Dimensional has broken the fourth wall and determined that we are indeed living in a simulation. The question is, how do we communicate to the entities that created us? (The question should we even try has been mysteriously side stepped.) The good doctor has assembled to team of 'volunteers' to step beyond our universe. What will they find, who will they meet, what happens when you let a bunch of PCs with hidden agendas loose at the controls of the universe? Well, play to find out.
You can find my free games and utilities on http://tangent-zero.com and
https://www.drivethrurpg.com/browse.php?keywords=tangent-zero
Top

Episode One Hundred And Ten – Good news; I have solved the Fermi Paradox. Bad news…


We are living in a detailed and exacting simulation of the most boring possible universe.
Once you know that, can you reach outside the simulated environment to other environments? Or maybe to the people who are doing the simulations?
Alternatively, can you hack your own simulation?

The reason that our part of the universe looks like it does is that we live in a heritage cluster with a strong & boring Galactic Home Owners Association, who really aren’t prepared for what Humanity is going to be like as a neighbor.

Dinosaurs, as a species, guarantee their own discontinuous existence by being constantly recreated by races who come along after they die out.
"No time to game!"
"Let's make a podcast about it!"
"Yes! That'll solve all our problems!"
http://www.hoarde.net/bigredcouch/
Top

Great show guys! Craig I hope your flight back to old blighty is uneventful! Get plenty of sleep.

Anyway, it's my prompt and prompt if I want to, want to!

"We’re wearing fezzes, sunglasses, and it’s dark out. Hit it!"

It sounds like it's cross between #11 Doctor and the Blues Brothers. Yes, indeed. Very much. Hmm...

The Doctor appears in 1976 Chicago during the events of the movie, The Blues Brothers. Only... Jake has been picked up for violating his parole, Elwood is on the run, and Sister Mary Stigmata still needs the $5,000 to save the orphanage. It's up to the Doctor, his companions, his wife, and if necessary, Jake and Elwood, to save the Penguin's orphanage.

System, system... if there was only a system for Doctor Who... I know! Fate Accelerated!

The game will still have Illinois Nazis, The Good Ol'Boys, and Jake's ex-fiance, as well as the state, county, and city police all out after Jake and Elwood. And there should be singing... or at least music from the movie. 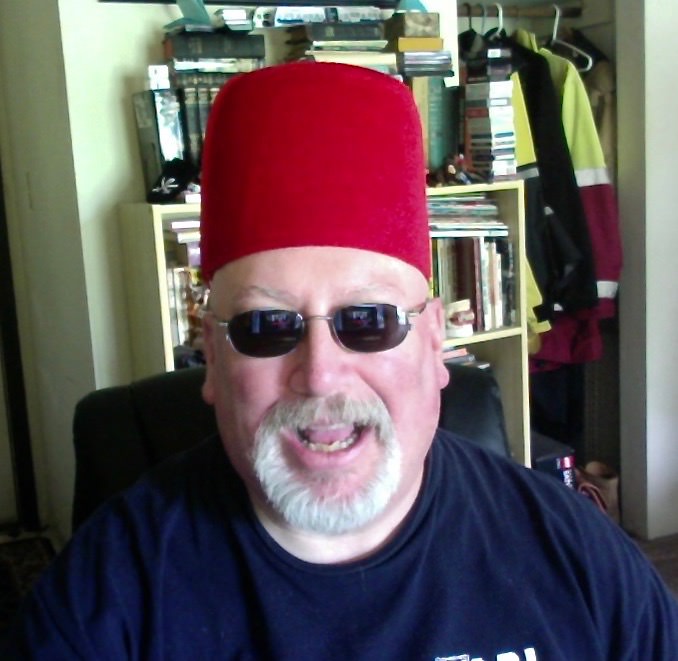 Careful, Kedamona might start his own podcast, The Big Red Fez. [Oh hellz bells, add that to the game pitch pile, too.]

Heh, turns out my Good News suggestion closely parallels the show ideas. So, time to throw out a different one.

The PCs are part of a crew of an exploratory ship. The setting is near future/hard core sci-fi. Hibernation technology has been perfected and the crew has been sent on a long slow trip to explore Planet X out in the Kuiper Belt. The planet is so distant that a manned expedition was assembled to provide real-time control of the robotic probes needed to explore the it.

The crew wakes up as the ship is beginning final approach. That's when the anomalies started showing up. Planet X’s electro-magnetic field is stronger than expected, it’s significantly degrading communication with Earth. On closer approach, unusual grid-like patterns start appearing. From a distance they blur together, but on further inspection it can be determined that they are individual structures in rows of remarkable precision.

Orbital observation reveals even more. The blurry rocks and crystals resolve into row after row of frost covered warships. As the planet turns, the crew discovers that even more are being constructed. Everything is automated – it’s some kind of Von Neuman and it will soon attack Humanity.

So, the game is a puzzle. With the given crew, skills, and supplies, they must discover the strengths and weakness of the machine invaders and somehow defeat them without discovery or activating the enemy. Fleeing means a main engine burn which would surely give them away. Hibernation is what allowed them to get this close. The actual nature of the enemy is hidden (and probably randomized.)

I can see using the Cepheus Engine for this since it is a clone of the Traveller 2d6 game system. CE character gen focuses on competent characters where attribute and skill advancement is rare. So, we're looking at one shots and mini-arcs rather than a campaign game. Although, an aftermath campaign might be fun.
You can find my free games and utilities on http://tangent-zero.com and
https://www.drivethrurpg.com/browse.php?keywords=tangent-zero
Top

In a galactic war, it doesn't matter who has the biggest empire or the most fearsome warriors.
What matters is who develops time travel first.

Good news, I just solved the Fermi Paradox. Bad news, there is no ET (or only ruins) and we
probably wiped out our own 'real' future to save our selves in this time line.

No game idea there, but it all fits together too neatly.

Okay, maybe a game idea ala 3:16 Carnage Amongst the Stars, the PCs are part of genocide operations from another time stream serving to 'protect' humans in this time line from any competition.

The PCs are human explorers that discover one bombed out world after another. And then they find the dead human trooper or perhaps the renegade from another time stream.
You can find my free games and utilities on http://tangent-zero.com and
https://www.drivethrurpg.com/browse.php?keywords=tangent-zero
Top

Episode One Hundred And Eleven – “We’re wearing fezzes, sunglasses, and it’s dark out. Hit it!”

A quirky fraternal order is stranded far from home and their charitable objective. Can trans-dimensional bar-flies help them fulfill their task?

The lodges of the Shriners protect arcane secrets as it’s members protect our sleeping world from nameless horrors.

The drifts of nigh-invisible infra-red laser lensing creatures lie between you and your objective. But as you forge ahead, they start changing their behaviour in unsettling ways.

Your parent’s fantasy gaming junk is weirdly authentic and the journal of their “games” entirely too detailed. Did they actually save a world long ago?

The tiny band of survivors are all that’s left of Humanity. They don’t have the right skills, or enough people, to rebuild, but they do have a time machine and the ability to pluck people out of history who’d otherwise have died in various disasters, and those people would have the skills.
Everyone in the past knew this sort of stuff, right?
And they’d be really grateful, and be happy to do what we said, wouldn’t they?

Volcanic activity caused by the gravity of a nearby body moves across the planet in a regular and predictable way, so a sufficiently daring crew could take advantage of that to run their heist when they know that everyone will have cleared out.
Of course, that does mean dealing with the eruption.

It’s one thing to find that you’re living in a simulation & try to step outside of it, to meet the entities who created you. What happens when you get access to the controls?

Explorers find the under-construction robotic invasion fleet which someday soon will wipe out Humanity.
Right now, it has no idea they’re there, but that’s going to change if they’re not very careful indeed.

The reason we’ve never found aliens is that humanity from an alternate timeline has been wiping them out to ‘protect’ us, whether we want them to or not. The trail of genocide is, apparently, for our own good.

Without money, the orphanage will close. The folks who should have solved the problem are in jail or on the run, so it’s up to a strange time-traveller and their companions to set things right.
I've somehow ended up in a podcast
The Big Red Couch - Turning Random Ideas Into Playable Games. Mostly.
Top

Playing the moral dilemma game for Volcano Day...
1. What if your only usable skill is as a breeder?
2. "So, you saved me, but not my spouse because they survived?
This 'archaic' pistol will blow great big holes in you unless you
get them or send me back."
You can find my free games and utilities on http://tangent-zero.com and
https://www.drivethrurpg.com/browse.php?keywords=tangent-zero
Top
Post Reply
633 posts

Users browsing this forum: No registered users and 14 guests