The ongoing adventures of 3 dwarves, an elf who loves dwarves, and a human who wants to be a dwarf as they try and find a home.
Post Reply
5 posts • Page 1 of 1

Hello all, these threads will be for session planning. You can laugh about how none of it happened in the game itself and maybe follow along with a bit of insight into what is among my notes. If you'd like, you can pop your own ideas in here too.

***if you are a player in ironblood dwarves don't read these threads, there will be information here that doesn't make it to prime time, destroys deliberate ambiguity, makes decisions trivial, kills tension, places you at an unfair advantage over the other PCS, etc. Do not smirk and keep scrolling because you're a great roleplayer and you're curious but you won't reeeeeallly let this change the game, this is one of my bare few requests as the guy putting in the hours to run this!***

Ok, so the dwarves have gotten out of the hellfire pit and into their fresh-ish ruined old dwarfhold. In conversations between games they've told me they want to get a farm up and running and the mines operating once again. They need some skilled labor and supplies they don't have, though, so this is what I'm planning.

They've requested that they be within reasonable travel distance of a large city. I'll use the same city that had the dwarf slums I mentioned at the beginning of game two, and make those slums an element of their present quandry. They'll be able to find a bunch of dwarves who would be happy to walk off with them (but do they want the sick/old/children/unskilled!?)

The human government would be just fine with a bunch of dirty dwarves going away forever (the local patrol captains dislike the dwarves, and the real powers in the government don't even know they exist) BUT the thieves guild is shaking down some of the dwarves for their skills and money and doesn't want them to leave. They've been intimidated into cooperating with the thieves guild, so the players will have to find some way to get the dwarves they need under the thumb of the thieves guild (and perhaps the other dwarves/non-dwarves they don't need, but who insist that they won't leave without). I don't think I need to script too much of a pre-built "adventure" into this process as I'm sure that with these players they will have a dozen violent ideas about how to raid the guildhall or threaten the leader or kidnap someone or bring the whole city guard down on them, etc etc etc.

I don't know if I want to make a travel encounter on the way down. I don't want a filler combat just to kill the time that a filler combat takes, but I also don't want it to be totally safe for them to travel the wild country at will. Maybe I'll outsource this decision to a random encounter table.

Lingering Concerns: Doing this without making the demons or the big-bad white dragon a present threat might be one too many pulls in the villain-directions. Maybe I'll make some of the thieves guild members of the Thrak'Ghaash cult, or maybe the whole thing? Maybe they'll encounter the cult in the dwarf slum, suggesting that it wasn't just targeting the Iron Mountain? This raises the bigger question of whether this campaign needs or wants One Big Bad or if they really are more interested in digging out rooms and making a big, safe, prosperous home for their people (the pitch of this campaign, and the experience it gives them that most campaigns do not) than they are in killing D&D Bad Guy #782 (using this guy is, rightly, a rule of D&D GMing, but I want them to be more optional in this game than usual. This game is unusual in relation to my usual Bad Guy Timeline plotting because the worst of the Bad Guy Timeline happened in the first game, and if they would rather form a good new home then crusade to bring back the old one, the Big Bad who torched Iron Mountain isn't what their world revolves around).
Top

Ok the dwarf thief guildmaster is one of the upscale mafioso types. He has the children of the crafters that the PCs want in his boarding school. The good news for those crafters is that the children actually do get nearly noble-grade tutors, mostly from human scholars or their patrons who owe him dirty-deeds favors. A few years in his school and the children have a level of general literacy and education that most children don't get (actually most adults don't get it either) unless they're nobles. Once you've got the basics the guildmaster consults with you and your parents and trains you more specifically for a discipline of study or a trade. The guildmaster does not charge money for this...

...but now he has your children and when the guild asks you for something you can't really say no.

He justifies this to himself as a lover of culture and a patron of the future generations but he's still an extortionist and a smuggler and a hitman and everything else.

The crafters that the PCs want to peel off are willing to get out from under the thieves guild but they demand their kids' freedom to come with them too.
Top

Well, I thought that organizing before leaving would be an afterthought but it turned out to lead to a bunch of good roleplaying and decisionmaking. We didn't have a distant noble lurking around Khazadheim until there was a roll to find one, and...now we do! Maybe he will present problems in the future maybe he won't.

Next session will definitely (hah!) be about getting the skilled craftsmen they need out from under dwarf-district thief guildmaster Grodin. I will at the very least have a talk-and-or-gamble-your-way-in option and a break-down-the-back-door-and-fight option thought up beforehand but I'm sure they will come up with their own solutions 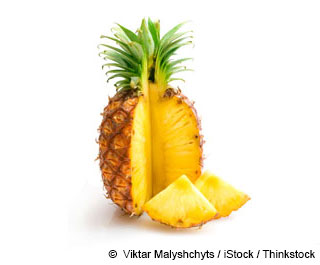 Well they took a hard tack for the break-down-the-door approach. With the way the stealth and perception rolls were going they could have gone full-on sneaky mode and just got the kids out without a fight, but they were also pretty dang prepared for a fight anyway. Once the thief sorcerer barfed all over his color spray roll ten feet away from a forest of melee PCs the thief guild guards lost what little chance they had to win or force negotiations.

I did not contemplate them using local clergy or the human government but whipping up a way from them to do so on the fly was pretty simple. Faulinei the elf thief guildmistress was designed ahead of time, I wanted to set a tense situation that cut across both the city and the PC party (in one quarter the dwarves are unremarkable but the elf is hated, in another quarter the elf has to immediately explain why she just sauntered in with a dwarf squad) with Faulinei as a sort of mirror version of Grodin that they could maybe tolerate a little bit more because her crime is a bite more white-collar. They both were willing to use the PCs to attack each other.

I'll do a game 5 prep thread. I think they're gonna head to the abandoned site but they don't have to. I'd like to present at least one other option, also they're gonna have some more room in the dwarfhold now and maybe want to get things to use with it. This returns to my continuing question of focusing on the demonic enemies vs. focusing on building the new dwarfhold as the purpose of the campaign entirely.
Top
Post Reply
5 posts • Page 1 of 1