Haven't posted here in a long time, but I thought I'd throw up a couple of works in progress. They are "in progress" because they are from my current D&D campaign, and thus will likely never be finished. I posted earlier versions of these in my "Help me populate this city" thread. I work on these whenever I have the time (which is not often), which is another reason they will likely never be finished.

This is the campaign City of High Harbor, with about half of the eventual buildings in place. The second image is the current state of the campaign world map, or at least the area near the main action. Click on the image for high resolution. Necro thread time!
Here s something I worked up last night to show the Cosmology of my campaign: 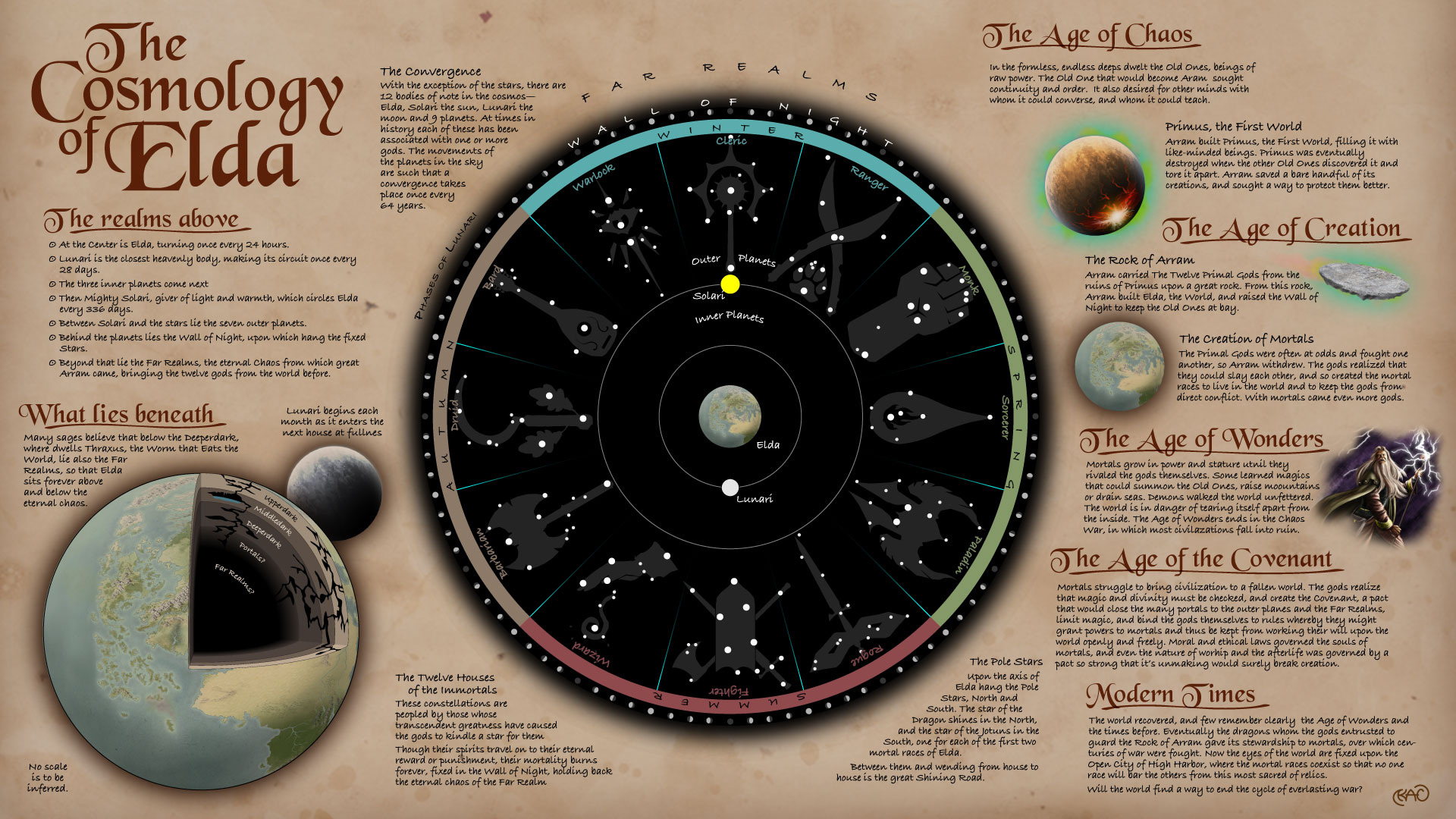 And here is an updated city map for the campaign: 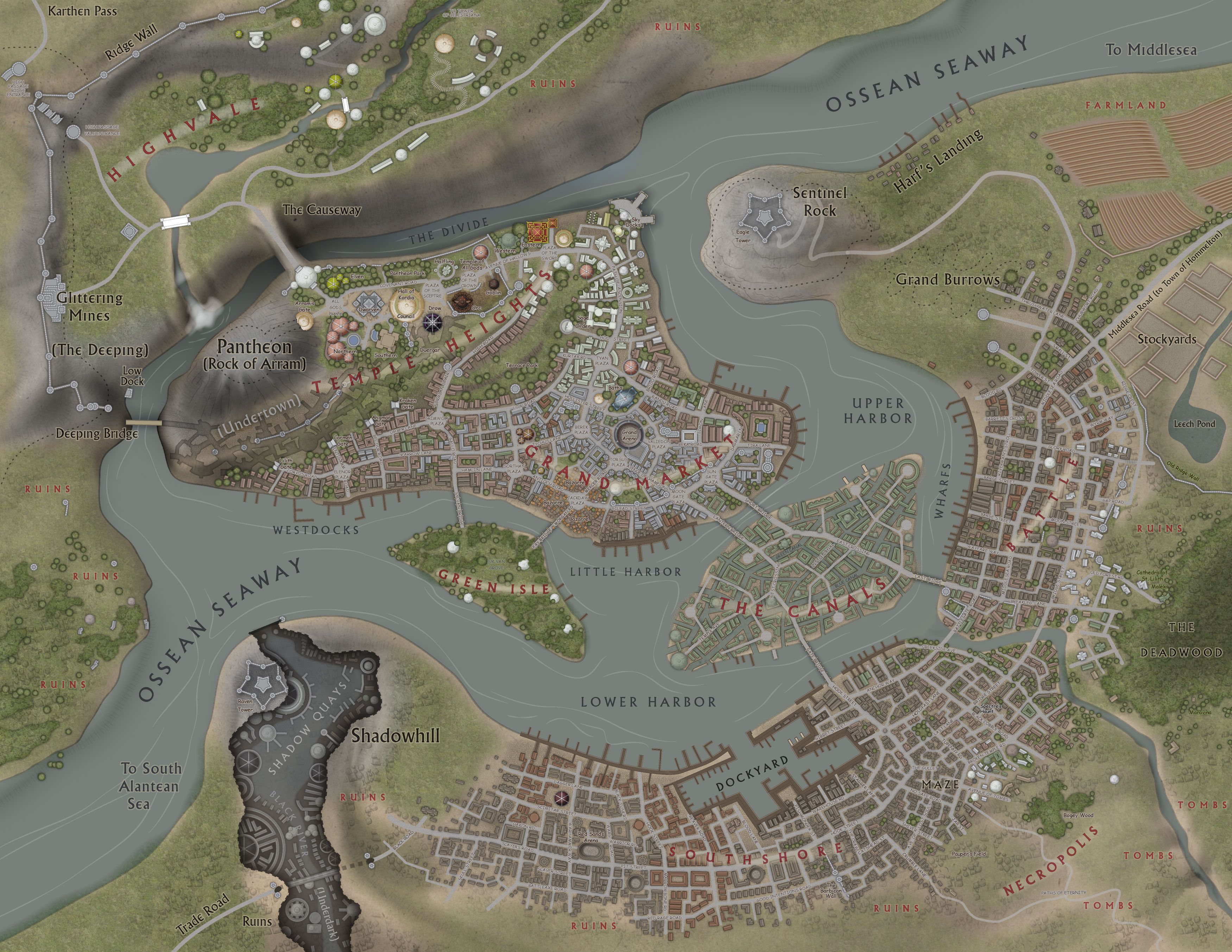 Excellent work.
"There is no such thing as a dangerous weapon, only dangerous men."
Top