Post your thoughts on books, short stories, comics, or any other form of written word.
Post Reply
6 posts • Page 1 of 1

Every night, I read a chapter of a bed time story to my two youngest. They each get to choose. We've read all the classics. Currently, the youngest is reading the Lemony Snicket books (we are on The Miserable Mill at the moment). The elder of the two saw the 'sparkly' cover of my copy of Norse Mythology by Neil Gaiman (see below) and selected that as her choice. They are both loving the ever living life out of it. They laugh at how strong and stupid Thor is. At how smart Loki is and how he still gets what's coming to him in the end. Anyway, it's really been one of the better sets of stories we've read.

Which brings me to my request... both girls have expressed interest in reading other mythologies when we are done with norse (the youngest still wants to keep going with the Series of Unfortunate Events but she's glad her big sister wants to mythology stories too). So I need recommendations. The Neil Gaiman book is a straight retelling of the mythological stories, written very straightforward. Lot's of humor. Not explicit but certainly not skipping the more... 'mature' elements of the stories (my girls think it is hilarious Loki had to turn into a horse to 'distract' Svaðilfari). We don't care what mythology is up next (Greek, Egyptian, Japanese, Native American, African (probably more than one of those last two), Celtic, or others I cannot think of off the top of my head. While we can certainly just stroll through the shelves at the local libraries or virtually browse Amazon, I figured my smart friends at Fear the Boot might know some good options.

Do you want straight retellings of mythology, or things based on/inspired by mythologies?

Because if the latter, I wholeheartedly reccomend the Percy Jackson series, about modern day children of the greek gods. It's fun YA stuff, no more (and by the end, no less) mature than Harry Potter. Its followup series, The Heroes of Olympus definitely goes a bit farther in that regard, as does his currently ongoing followups to that, one revolving around the god Apollo, the other moving on to the Norse pantheon.

They're ten tons of fun, and downplay the, well ... Zeus-ness of Greek mythology without completely dumbing down everything.

And they're better than the movies. By, like, a lot.

Ursula K LeGuin's re-telling of the Kalevala, I think it is called Land of Heroes, is pretty good.

My favourite telling of the Kalevala, though, is The Canine Kalevala, whose author I will look up when I am less pressed for time. It is suitable for as young as six or so, but I'd recommend it to any age. Having read those and a good verse translation, I can say that the stories it follows, it follows accurately, and with great panache.
Top

Thanks for reminding me of the Percy Jackson books! I read those with the oldest daughter but that was years ago. The two youngest are just about at the right age to read those now.

I read and enjoyed the book below recently - the cover is pretty distinctive, so I'm just sticking on an image. It's not exactly geared for children, so read the myths ahead of time and be selective about them. 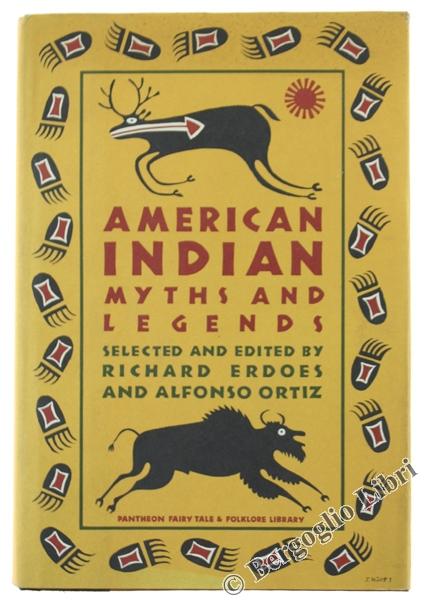 "The power of accurate observation is commonly called cynicism by those who have not got it." George Bernard Shaw
Top

It varies wildly from the source material but MARVEL's Thor stuff is great. Especially:
Lee and Kirby (Duh.)
Tales of Asgard (Lee and Kirby but mostly Kirby)
What is really cool about Thor at Marvel is that the ToA back ups were supposed to pour into the main story and by the end of it there would be Ragnarok and a new set of gods.
Kirby left and went to DC and what did he create? New Gods.
Kirby went back to Marvel and created The Eternals.
Kirby went on his own created Captain Victory.
Apparently (I read this somewhere, I need the source) that all of those series were thematic sequel to the other, if you look at all of them they tell the planned story.
Anyway, any part of that is basically mythology.
"Story construction is alchemy, not science." - Robin D. Laws
https://thickskull.net/
Top
Post Reply
6 posts • Page 1 of 1