What Video Games are you playing?

For all of your non-tabletop gaming needs.
Post Reply
9991 posts

SuchArt: Genius Painter Simulator
The demo came out today and I've already completed it and transitioned to just having fun. 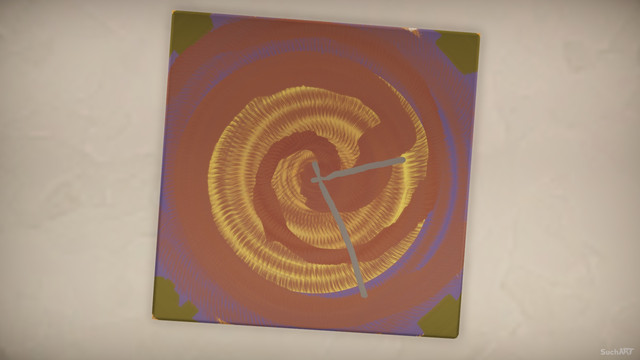 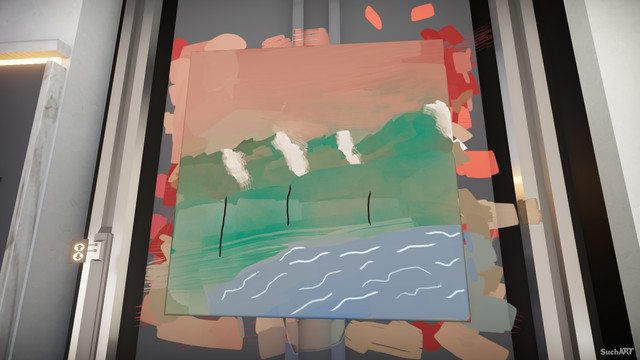 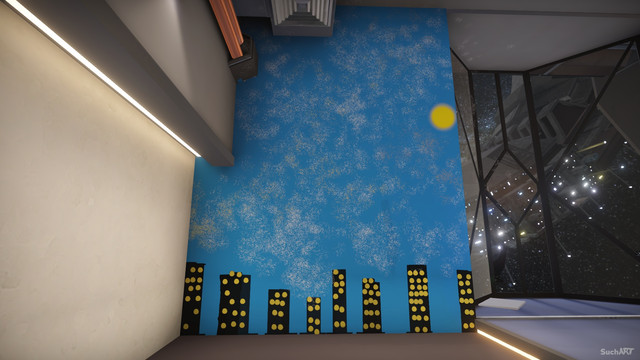 Is it a gamified art program or a artistic game? Who knows.
Good night sweet prince: And flights of angels sing thee to thy rest.
Top

I got Bloodstained: Ritual of the Night and finished the main story last weekend. I've just been mopping up and getting all the top tier gear and whatnot.

I recently got my hands on a copy of the HD rerelease of the original Kara no Shoujo visual novel and found a fan translation of it in English. So now I'm enjoying a classic visual novel with glorious upgraded sprites and extra scenes. 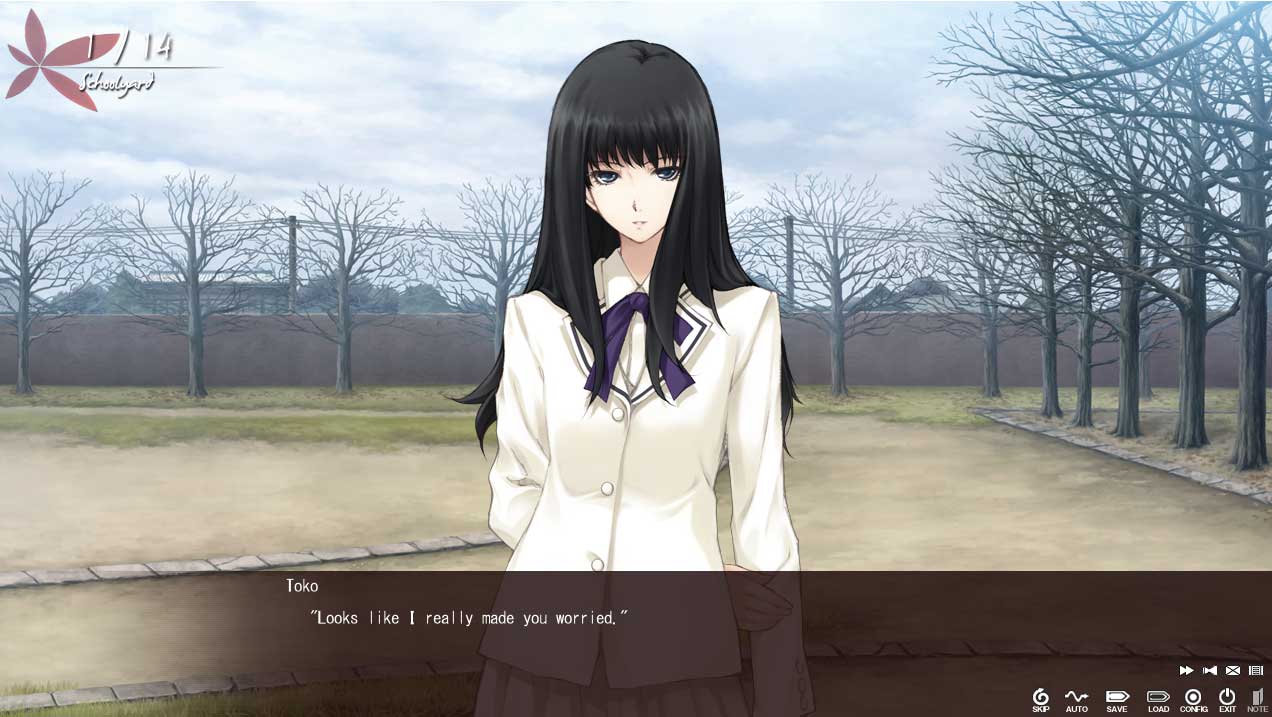 I picked up Among Us and Star Wars Squadrons this week. Among Us is an awesome $5 social deduction fad game for these hang-out-with-your-friends-on-Discord times that we live in. Squadrons I haven't had much time with but it appears to purr on my rig at 1080p but be unplayable on my now somewhat aging first generation Oculus Rift and GTX 1070.
Top

Receiver 2, which is Receiver 1 but moreso in every way. Which is pretty good.

Receiver was a quick 7-day development challenge experiment whose design philosophy was more or less, "Firearms are more complicated that video games typically simulate." You don't press R to reload. Depending on the gun you don't even press R to start reloading, there's a 7 step process to go through. The drones and turrets you face are not bags of hit points either, it's locational damage or nothing. The goal was to collect cult training tapes both explaining how to use your firearm and also how the Receivers need to develop their MindTech to combat the Threat's coming Mindkill.

Receiver 2 adds a few more mission statements: "Firearms are more unreliable than video games typically simulate" and "Firearms are more dangerous to the user than video games typically simulate." Now you need to clear jams, deal with unreliable magazine springs, and be extremely careful holstering or drawing your gun, because if you've left it with a round in the chamber you could accidentally fire it while holstering or drawing. Bullets will ricochet and penetrate drywall. And Receiver 2 has a lot more tapes.

It's interesting to play a game that is so serious about firearms. The tapes not only lecture about gun safety and use, they want you to be acutely aware of each weapon you're holding since each handgun now has a tape series just about that handgun's history. And every concept of gun safety that's lectured on through the tapes is simulated in the games as well.

About my only real complaint is that I'm not 100% I like the new actor for the tapes. The Receiver 1 actor was quiet, almost monotone, and serious. Having someone speaking so calmly lent the cult message tapes a more serious air. The Receiver 2 actor is... more theatrical. Makes some jokes. Sounds like someone trying to deliver an important message. I'm still not used to it.
Spammy's Can
My blog where I ramble about games and things
Top

Still playing Warframe daily. Was on an Elite Dangerous kick for a while. My current main is Approaching Infinity (a good ol' turn based sci-fi rogue-like.) Need to get back to Borderlands 3. And, after hundreds of deaths, I finally beat Noita without any mods.
You can find my free games and utilities on http://tangent-zero.com and
https://www.drivethrurpg.com/browse.php?keywords=tangent-zero
Top

John wrote:I picked up Among Us and Star Wars Squadrons this week. Among Us is an awesome $5 social deduction fad game for these hang-out-with-your-friends-on-Discord times that we live in. Squadrons I haven't had much time with but it appears to purr on my rig at 1080p but be unplayable on my now somewhat aging first generation Oculus Rift and GTX 1070.

You gotta get it working on a VR rig man, it's incredible in VR. I would never consider playing it another way unless I had to.
Top

Just finished Amnesia: Rebirth. It's good; really cool to see the vague backstory of Dark Descent expanded upon greatly. The game has some pacing issues and some of the levels feel kind of like filler or at least are padded (I think this could have been a 6 hour game instead of a 14 hour one and been just as effective as a horror game and a narrative game) but the writing, acting, and environments are rock solid.

A LOT of the story is delivered via brief flashbacks as your memories slowly return, and while I've seen people complaining about this, the other games were all random documents and audio logs which are basically just flashbacks you can pick up anyway so I don't see the problem.

Also, similar to SOMA I don't think it succeeds nearly as well as Dark Descent does at being a pure horror game. The pacing of the scares isn't as air-tight, and it doesn't do as good a job at instilling the rampant paranoia that DD did that there could be a monster around every corner. It's generally pretty clear when you need to be worried about monsters and when the noises are just for atmosphere.

And speaking of SOMA, Rebirth doesn't come close to dethroning SOMA as the best game Frictional has made, but that doesn't mean it doesn't get a place on my digital shelf and a recommendation. If you can get through the first 90 minutes (which tragically has the worst pacing and structure of a game where pacing and structure are the main general issues) I think you'll really get into it. Frictional is so good at making levels that are super detailed and exciting to explore, and the story is very satisfying thematically, even if it struggles to be a cohesive or interesting narrative.

I've found Red Dead Redemption 2 is much more of a computer "sit and the desk and lean forward" kind of game than a couch game. It didn't help that they seemed to expect you to have a wall sized TV on the PS4 with relatively small text popping on briefly.

They've also done their damndest to make the game difficult to play. There's a ton of controls and it would be fine to have something in the bottom left that let you know what your current controls did, but that only pops up on occasion. Between that and the fact that, sometimes, Rockstar REALLY demands you do something exactly the way they want you to or you get a "Mission Failed/Reload" screen, I'm fighting my way bast some bad decisions to enjoy it.

Phasmaphobia with some friends has been a lot of fun. Only got a single session of Among Us in so far but I enjoyed it alot.
Confessions of an Improv GM. Player/GM Advice, APs, and the 8 Minute Story Challenge.
Top
Post Reply
9991 posts